How can you quantify cyber risk? Modern Actionable risk scoring for application security and cloud security 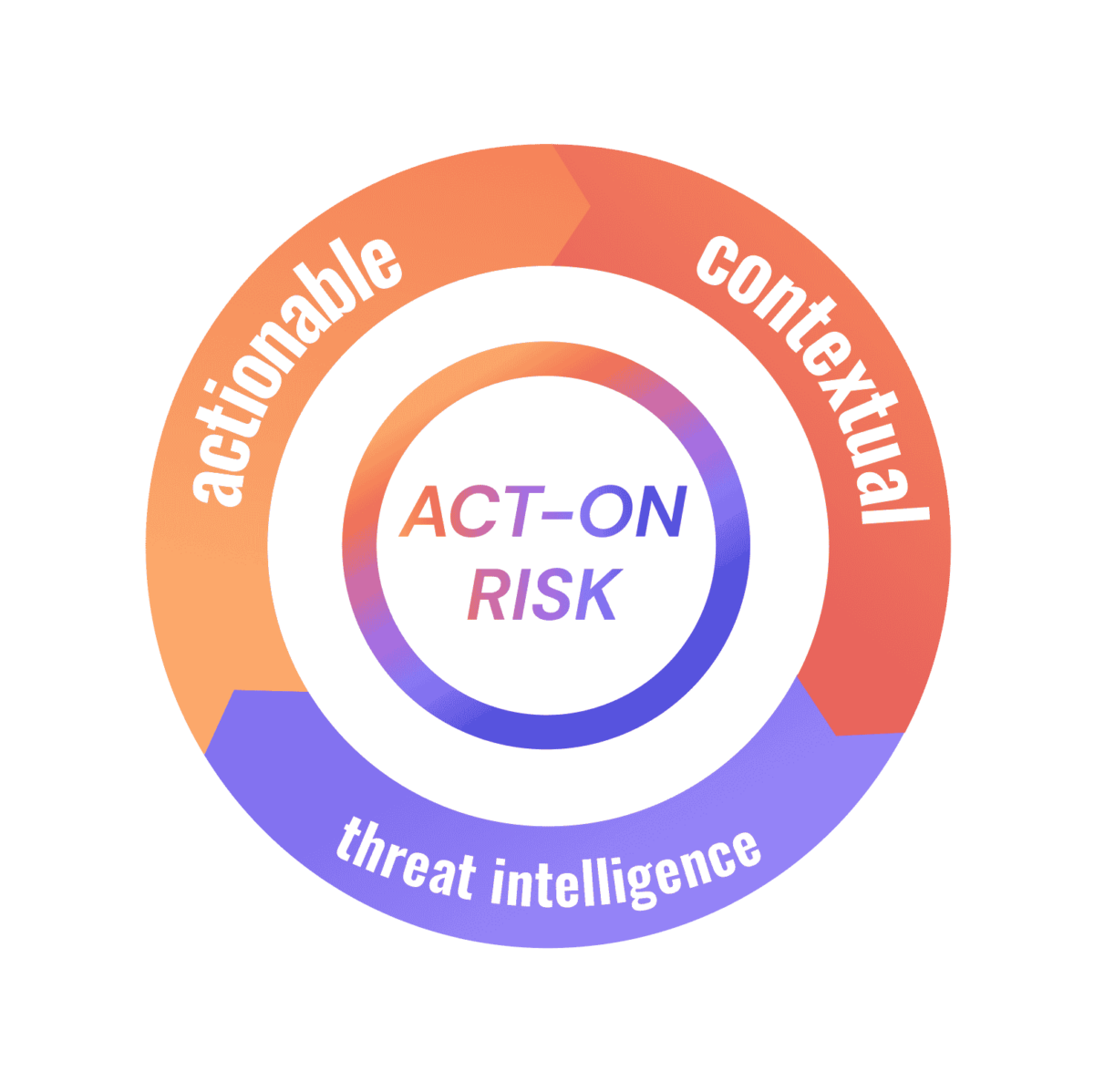 Over the past years, we have seen a proliferation of vulnerabilities affecting many organisations.

Vulnerabilities are challenging to find in an environment lacking a risk-scored asset register.

So what is the challenge in addressing vulnerabilities as they come?

So what is the solution to all this? Having a crafted plan and objectives to fix more urgent vulnerabilities first.

But how do we define which vulnerabilities are more urgent? Cybersecurity vulnerabilities in the modern stacks are complex to evaluate as they could affect different parts of a modern technology stack:

Security teams usually struggle with time and scale and have to select amongst tons of vulnerabilities without much time to analyse threats and determine which vulnerabilities are more at risk.

The answer to this problem is usually never simple; it often requires risk assessment and collaboration with the business to allocate enough time and resources to plan for resolution and ongoing assessment. This methodology has been proven to be one of the most efficient methodologies to tackle vulnerabilities at scale (https://www.gartner.com/smarterwithgartner/how-to-set-practical-time-frames-to-remedy-security-vulnerabilities)

The risk and severity of vulnerabilities are very different but are often used interchangeably.

What’s wrong with risk assessment of vulnerabilities as it stands?

The Vulnerability Context and Landscape

The asset landscape of modern organisations is complex and widespread. Organisations build applications dynamically by putting together internal code, libraries from 3rd parties, open-source operating systems and software into containers deployed in the cloud.

We can break down the assets that organisations leverage in the following macro-categories:

We can categorise asset’s vulnerabilities into the following categories:

The systems used to measure the security posture and the security health of different elements that compose our system are quite wide, illustrated in the picture below.

The resolution time and SLAs are fairly different between asset types across the various categories. 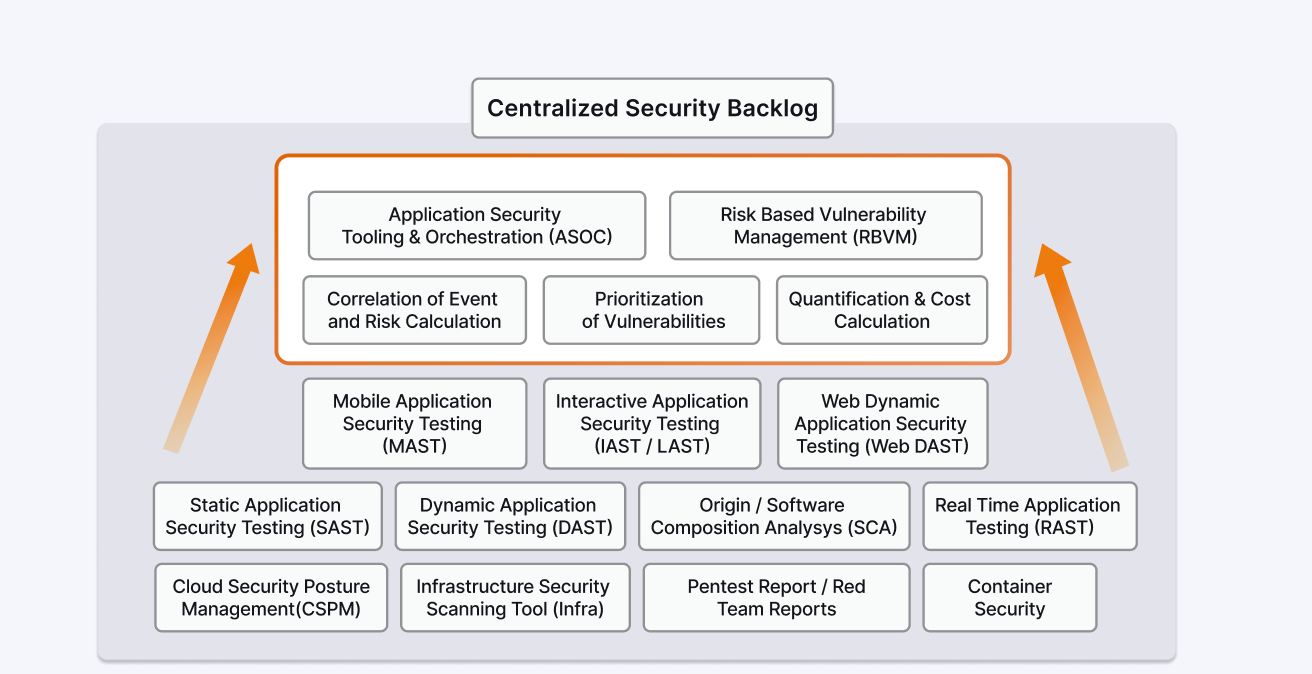 A new vision for risk assessment of vulnerabilities

In response to the risk issues mentioned above, we created  ACT-ON Risk ®.

This is a new way of performing risk assessment programmatically and dynamically, which is much closer – and derived from – DevSecOps methodologies.

How is modern Risk Calculated, and WHY

Appsec Phoenix created the “ACT-ON(™) Risk” assessment methodology  with modern concepts and based on the following Pillars:

Risk calculated in this way is dynamic and reflects the true picture of modern organisations’ risk profile and exposure.

Remediation times and actions can be based on this form of dynamic risk as those times would automatically take into consideration the following:

Risk is calculated in multiple tiers with different factors influencing the risk score at different levels.

At the individual vulnerability level, we consider

At the asset level, a different set of factors is taken into account:

Enriching asset and vulnerability context increase visibility, allowing IT security decision-makers the information needed to prioritize security activities while maintaining strong assurances. Without risk context, any approach is a sledgehammer one; an arbitrary and ad-hoc security strategy is not a strategy, and this type of approach increases risk. On the other hand, data-driven decision-making can provide quantified risk scores that are actionable, allowing a company to use a more surgical style approach; calculate contextual risk, prioritize activities, apply resources strategically based on business impact and data-driven probabilities, reduce anxiety and prevent an overwhelmed feeling of unmanageable issues while also providing high-degree security assurance.

Although the number of CVEs published each year has been climbing, placing a burden on analysts to determine the severity and recalculate risk to IT infrastructure, enriching a CVE’s context offers an opportunity to increase IT security team efficiency. For example, in 2021, there were 28,695 vulnerabilities disclosed, but only roughly 4,100 were exploitable, meaning that only 10-15% presented an immediate potential risk. Having this degree of insight offers clear leverage, but how can this degree of insight be gained?

When we revisit the most basic method of calculating risk, we see that it combines impact and probability. Although this makes sense, it is only a high-level perspective and useless in practical situations. The business impact, operational criticality, inherent value, and technical locality of all IT systems and information needs to be combined with CTI data that describes the state of the current threat environment. More detailed and better-quality inputs accomplish a more accurate contextual risk score from the perspective of a particular asset or CVE vulnerability. These inputs are discussed below and shown in Diagram 1. Diagram 2 visualizes the combined inputs to show a final suggested priority position.

The severity of a vulnerability

Severity measures how much damage can be done to a target system. Regarding prioritisation, a vulnerability that allows remote code execution (RCE) without user interaction at admin level system privileges is a very high severity. However, the vulnerability is contextually less severe if the system contains not have highly sensitive data and is on a segmented network without a public attack surface. If, on the other hand, the vulnerability affects a public-facing system that contains private customer user data, it should be prioritized with a higher score.

The probability of exploitation

Exploitability measures how much opportunity a vulnerability offers an attacker. Probability depends on the exploitability of a particular vulnerability and is directly impacted by several main factors, including, but not limited to, the level of skill required to conduct an attack (known as the complexity of an attack), the availability of PoC code or fully mature malicious exploit code for a particular vulnerability, and whether the vendor of the vulnerable software has issued a security update to fix the security gap. Exploitability can also be enriched with CTI from social media and dark-web reconnaissance. All of these factors impact the greater context of risk.

If fully mature malicious exploit code is available to the general public and can be executed by a low-skilled attacker, the probability of exploitation in the wild increases significantly. On the other hand, if a security patch has been made available by the vendor and remediation can be done quickly, the priority of the vulnerability can be elevated because a simple procedure offers a high degree of protection.

How important the asset is

Importance measures the potential costs to an organization should an asset be breached and how valuable an attacker may see an asset. Value is directly correlated to the risk assurances required for an asset to be considered secure; therefore, it is a priority in security planning.

Systems and information may be critical to an organization if they are directly related to revenue-generating activities or host sensitive data protected by national or regional legal regulations such as GDPR or HIPPA or an industry standard such as PCI-DSS. Assets may also be considered especially important if they are significantly costly to replace or refresh to an operational state.

The locality of the asset

The locality measures an asset’s technical specification and placement in the network topography. A system and the information it contains may be within a local area network (LAN) or wide-area-network (WAN), on external infrastructure (IaaS) that an organization fully or partially controls, on a segmented VLAN network, behind a firewall, network intrusion and detection system (NIDS), or other security appliance, and maybe a virtual machine with a type 1 or 2 hypervisors, or use containerization to host one or multiple operating systems and software applications. The type of attacks that an asset is susceptible to and which vulnerabilities impact it depends on its locality.

While operational efficiencies can be gained through the accurate contextualisation of cyber-risk to more effectively prioritize vulnerabilities, operational efficiencies can also be gained by automating the process of collecting related data and calculating a set of contextual risk scores for a particular system, sub-group of systems, or IT infrastructure across an entire enterprise.

Enriching CVE data is prohibitively time-consuming and complex so delegating this task to an IT security team detracts from actual remediation activities. Instead, by presenting human analysts and IT security administrators with an easily accessible list of security priorities by risk score, they can focus on the triage processes such as remediation, responding, developing adjusting controls and policies, or developing training programs.

No matter how risk is calculated, it should be dynamic, automated and based on more threat signals.

Security teams are overly stretched to cover and do a manual assessment. 54% of security champions and professionals are considering quitting due to the overwhelming complexity and tediousness of some of the tasks that can be automated.

New security professionals are struggling to get into triaging as the knowledge barrier required to assess vulnerabilities is incredibly high.

The more the assessment process can be automated, the better it is. This methodology makes the job of security professionals who can act in a consultative way and scale much better.

Scaling the security team and ensuring that security champions and vulnerability management teams can help to decide how to fix instead of trying to triage and decide what to fix.

How Can Appsec Phoenix Help

The phoenix platform Deduplicate correlates, contextualises and shows risk profile and the potential financial impact of applications and where they run.

The business can set risk-based targets to drive resolution, and the platform will deliver a clean, precise set of actions to remediate the vulnerability for each development team updated in real-time with the probability of exploitation.

Appsec phoenix enables the security team to scale and deliver the most critical vulnerability and misconfiguration to work on directly in the backlog of development teams.