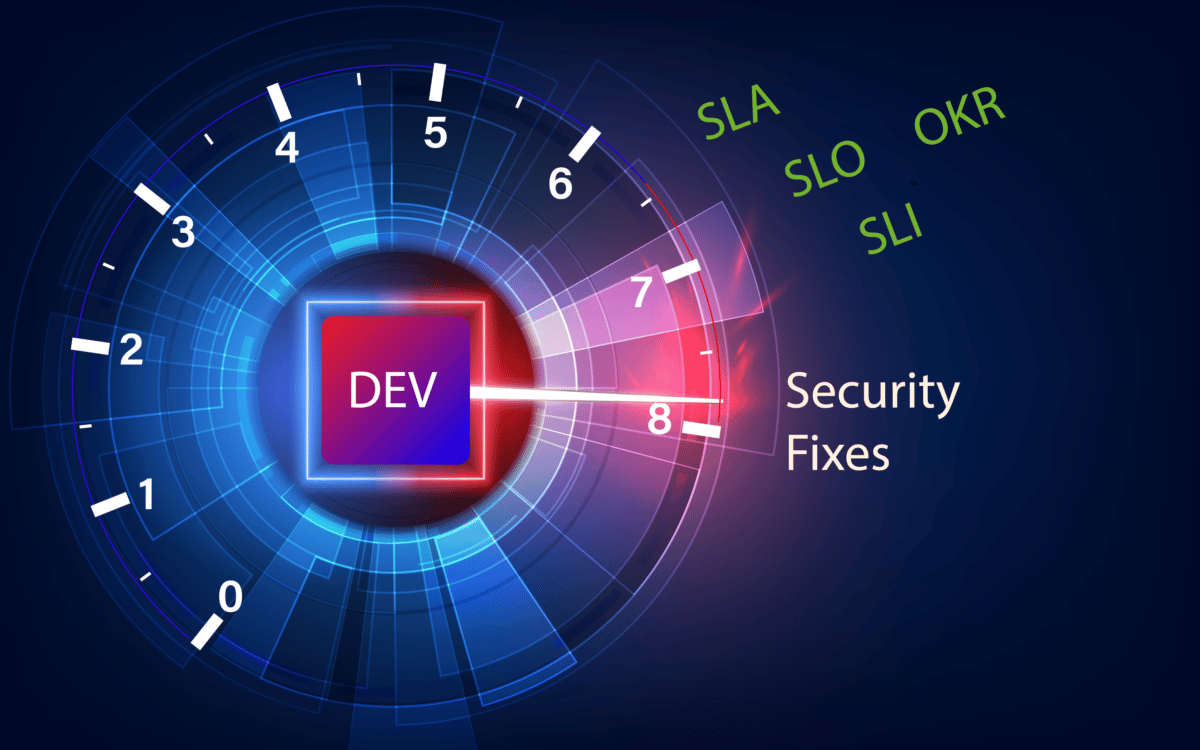 How do you measure and facilitate the best way resolution of vulnerabilities without crashing the spirit and soul of the development team with the dreaded sentence, fix vulnerabilities in X number of days?

Those two elements have always been conflicting, and the security requirements (often not at the start of the project) is lacking in the objective of application owners or business.

From this challenge, developers often lack the time and objectives to resolve vulnerabilities and bug fixes sprint by sprint.

So how can this be fixed? In several days, security mandates to fix problems (vulnerabilities, bug fixes, misconfiguration, libraries). The resolution times, often called SLA, are usually not agreed upon in collaboration with CTO and the development team.

This mandate often causes friction and frustration among everyone.

I have been having conversations with different professionals and experts in the field and had more or less argumentative discussions around SLA, SLO and OKr in Vulnerability management, Application and cloud security.

This article will cover the complexity of the landscape and the significant difference between various “updating” strategies and elements to consider when setting SLA, SLO or grouping them.

We will explore how those metrics with a feedback loop between security and development teams can facilitate a conversation and turn the tide in a usually frustrating exchange.

Let’s start with definitions of SLA, SLO and what they are:

We can categorise assets in the following categories:

The approach to measure the security posture and the security health of different elements that compose our approach is quite comprehensive, the picture below gives a good idea.

The resolution time, hence SLAs, is fairly different between assets in the various categories.

Following is an example of the tooling that traditionally detects vulnerabilities in various containers illustrated above.

Applying patches and mandating SLA seems straightforward, but in reality, many factors influencing, fixing and resolving vulnerabilities can be a bit of a learning curve/journey.

The reason for such a complex landscape is because the factors that influence fixing systems and resolving vulnerabilities are many:

Moreover, fixing vulnerabilities in the various system should not be delegated to just one team but rather have an objective and measurable target to discuss in the context of risk.

Some of those elements can be automated, but mostly not; every system has different contracts and requirements. Nonetheless, those can be fed as business requirements for SLA and determine the bucket or Categories of the system for SLA/SLO/OKr.

Usually, systems are categorised into

Following several different elements to consider for patching and adjusting the time for SLA, SLO, and writing OKr.

The following is to be taken as a guideline, not as an exhaustive list of topics.

Vulnerabilities are a complex matter and there is no one single answer that fits all.

Vulnerability prioritization and contextualization become key to free up the security team from deciding what to fix and what not to fix. Security teams can then turn into a more consultative and collaborative approach with the development team helping them succeed in deciding how to fix specific problems vs what to fix or not